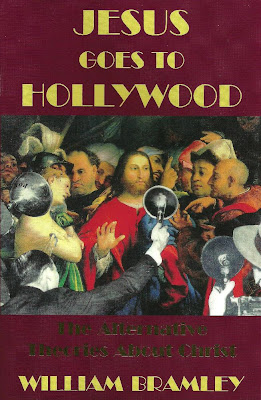 Florey's Books invites you to meet Northern California author William Bramley as he discusses his book "Jesus Goes to Hollywood: The Alternative Theories About Christ".


Everything you never wanted to know about Christ, or were afraid to ask. Join "The Gods of Eden" author William Bramley as he surveys all of the major alternative theories about Christ, as he provides you with the primary evidence in support of each theory, along with some of the arguments against them. It will be up to you, the reader, to decide what is true.

Did Jesus survive the crucifixion and preach afterwards? What were his connections to strange mystery religions? How did hallucinogens affect Christianity? Who, or what, were the angels that were said to be in contact with Christ? Were angels misinterpreted extraterrestrials? Where did Jesus go during his "missing" years? Did Jesus sail to other places, such as England, Asia and North America? Did he have children? If so, how many? Or was he gay? What did he look like? Was Jesus black? Or was he white with red hair? Does the New Testament reveal his true teachings, or did he say something very different? Was Jesus really a saint? Was he perhaps even a madman? Even a myth? Did he exist at all?

Jesus Christ continues to spark the public imagination through books and movies that present many different views of him. Jesus Goes to Hollywood fills in the gaps with a fascinating summary of the most popular and enduring theories about Christ along with the author's own interpretations.

A word from the author: I wrote Jesus Goes to Hollywood because religion is a force for both good and bad that is having an enormous impact on our world right now. Humanity needs to grow up spiritually, and to do that, we need to gain a better understanding of who our religious founders really were, what they actually taught, and why. The consequences of ignorance have become too severe. I hope that Jesus Goes to Hollywood helps in the search for answers.