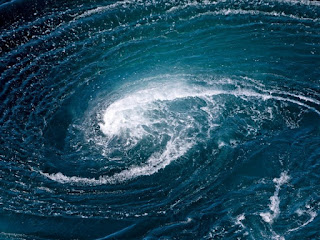 Florey's Books invites you to an event with Cyndera Quackenbush, of Story Through Stone.

Tarot Dream Stone is a friendly local Pacifica study group that explores tools of imagination and intuition that stem from dreams, tarot cards and natural imagery. The group welcomes questions, curiosity, and individual insights. Beginning in January 2019, the group began studying the Fool's Journey of the Major Arcana of the Tarot and will continue the exploration of each card archetype in order. The group is guided by Cyndera Quackenbush, local storyteller and card reader.

For more information, see her site: 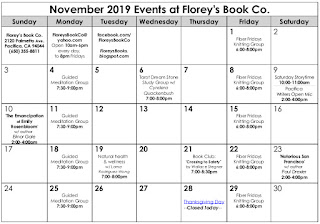 -Please note we will be closed Thursday, November 28th!-

-Saturday Storytime! Children's event,
the second Saturday each month, November 9th, 10:00-11:00am
Bring the little ones and enjoy a fun story!

-Pacifica Book Club
Get to know your neighbors, read and discuss the book of the month.
This month: 'Crossing to Safety' by Wallace Stegner
All are welcome to join!
Thursday, November 21st 7:00-8:30pm 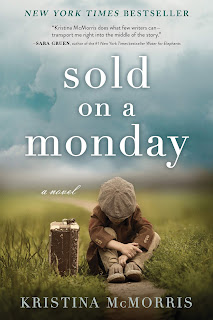 Come by for a chat about our October book, 'Sold on a Monday' by Kristina McMorris.

The sign is a last resort. It sits on a farmhouse porch in 1931, but could be found anywhere in an era of breadlines, bank runs and broken dreams. It could have been written by any mother facing impossible choices.

Inspired by an actual newspaper photograph that stunned the nation, Sold on a Monday is a powerful novel of love, redemption, and the unexpected paths that bring us home.

Kristina McMorris is a New York Times and USA Today bestselling author. Her background includes ten years of directing public relations for an international conglomerate as well as extensive television experience. Inspired by true personal and historical accounts, her novels have garnered twenty national literary awards, and include Letters from Home, Bridge of Scarlet Leaves, The Pieces We Keep, and The Edge of Lost, in addition to novellas in the anthologies A Winter Wonderland and Grand Central. Her latest novels, Sold on A Monday was released September 2018. A frequent guest speaker and workshop presenter, she holds a BS in international marketing from Pepperdine. She lives with her husband and two sons in Oregon. 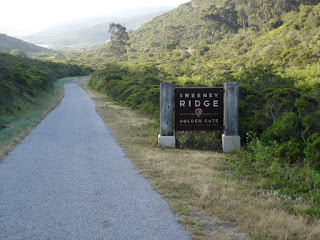 For many years Ken Miles interests in Spanish explorations of early California grew as he read about and studied Native American history and cultures. As he read various accounts about early Spanish explorations in Alta California, he found there were often minor errors and omissions here and there and wondered why there were often different accounts provided for the same historical events. He found the pages of history are like pieces of a puzzle that had fallen to the floor and later reassembled, missing pieces here and there, and some pieces placed where they don’t belong. Why were some obvious chapters of history omitted? Could it be the authors preferences or biases that influenced how they viewed history, or could it be from errors or omissions when citing firsthand accounts, secondhand or thirdhand accounts? Could it be the errors made when translating notes and diaries written in older Spanish dialects (Castilian, Andalusian, Catalonian, or other dialects), or from Spanish into English?

This is an investigative study that searches for answers, an attempt to place the missing puzzle pieces where they belong. This is a story primarily about the Spanish explorers, also known as “conquistadors”, and Spanish Franciscan missionaries, of what took place, when and where and by whom. This story is also the indigenous people of coastal Alta California, Spanish ships of the Spanish Manila and China Galleon, pirates, expansion of the dreaded Russian and English empires, and possible visitations to Alta California by other non-indigenous people. Why did they all come to Alta California?

Ken will provide a brief narrative about the first overland explorations of Alta California made by the Portola Expedition of 1769, Pedro Fages and Francisco Rivera’s explorations of the Bay Area during 1770 to 1774, and lastly the De Anza Expedition of 1774-76 to establish a mission and presidio at or near San Francisco.
Gaspar de Portola, an aristocrat born in Spain, was selected by the King Carlos III of Spain in 1767 to be the Governor of Baja and Alta California and to lead an overland expedition to Alta California to establish presidios and missions at San Diego and Monterey, thus securing Alta California from Russian or English control. Portola led the expedition to Alta California during 1769-1770. Additional expeditions were later lead by Captains Fages, Rivera and De Anza, each to further define what Portola’s expedition missed or failed to accomplish. There are many important people covered in this story, and included in this partial list: Capt. Sebastian Vizcaino; English pirate Francis Drake; King Charles III of Spain; Viceroys Croix; Viceroy Burcareli; Visitor-General Don Jose de Galvez; Captain Fernando de Rivera y Moncada; Lt. / Capt. Pedro Fages; Capt. Batista de Anza; Lt. Gabriel Moraga; Lt. Miguel Costanso; Sgt. Jose Francisco Ortega; Father-President Junipero Serra; Padre Crespi; Padre Palou; and Padre Font.
Ken’s latest presentation covers the unintentional consequences resulting from the colonization of coastal Alta California by the Spanish military and church, followed by the Mexican government during the “Mexican Period of 1820-1844” and by the Americans when they took over California during the late 1840s.
Furthermore, a review of the of the historical literature of the early to mid-20th century uncovered apparently intentional misrepresentations of historical events regarding, the “discoveries” of the San Francisco Bay and the Golden Gate entry to the Bay, as provided by several historians, which will be discussed during Ken’s presentation. Also, the presentation will talk about the various festivals and celebratory events of Portola’s “discoveries” from 1909 to today.
And lastly, Ken will talk about the struggles, twists and turns to save Sweeney Ridge, the site where curtain historians agree the Portola Expedition sighted the San Francisco Bay on Nov. 4th, 1769, and in incorporation into the U.S. Park’s Golden Gate National Recreation Area.

At the top of Sweeney Ridge is the site of the National Monument commemorating the Gaspar Portola Expedition Sighting of the San Francisco Bay in 1769. This year will be the 250th year anniversary since that first sighting. Ken has read many accounts and documents that paved the way and surrounded this event, subsequent events resulting in intended and unintended consequences.
This is story full of surprising facts about historical events that occurred long ago and not so long ago, and that should be told. Ken is ready to tell you the story and hear your thoughts.

Returning home, Ken studied biology and the sciences at San Francisco State, earning a bachelor’s degree in Ecology and Systematics, and attended graduate studies in Biology, while working at UC Berkeley’s Lawrence Lab alongside researchers and physicists. Sometime later, he joined the U.S. Food and Drug Administration (FDA) as a radiological health and medical device investigator and specialist. His job required extensive travel around the country, Canada, Europe and Asia to inspect manufacturing facilities and to determine whether the companies’ manufacturing and testing operations, products and labeling complied with FDA and international regulations and standards. Managers and staff were interviewed, and records reviewed to determine whether the firm was following required regulations. The work of the FDA investigator involved cross-comparing written procedures, actual production and test reports, statements people made versus actions and procedure, statements to assess compliance with FDA and international requirements. After 30 years of government work, Ken retired and started a consulting business that including extensive business travel to Europe and Asia. The left side of Ken’s brain was well employed. 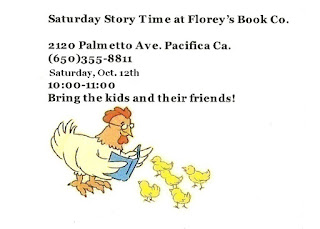 Bring the little ones to hear fun children's stories read by Nicole & Patrick Sayres.
The event is free of charge and open to the public.
Saturday Story Time occurs the second Saturday each month.

Florey's Books invites you to an event with Lorna Rodriguez-Wong.

This is the Year to “Vote for Wellness”
Lorna will discuss energy exercises from a recent Energy Medicine class as taught by Donna Eden and Prune Harris. She will cover Young Living’s current and newly released products, as they celebrate 25 years young.

Lorna Rodriguez-Wong is a seeker of a healthy lifestyle that is effective. She will venture to address various modalities for the mind, body and soul. Since each and every one of us are uniquely different, her approach is to open the discussion on what alternatives are available. Her recent studies have included Energy Medicine with Donna Eden and Prune Harris, BodyTalk with MaryAnn Gutoff and Dreambuilder with Lauren Broilier. She has been a Young Living member since 2013. She also has a desire to introduce others to a healthier lifestyle by incorporating the use of essential oils into their daily life.