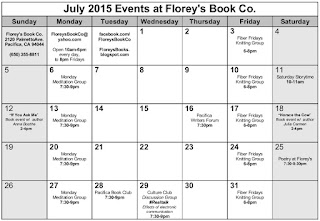 -"Horace the Cow"
Children's book event with author Julia Carmen
Have you ever seen a cow climb a tree?
Saturday, July 18th, 2-4pm

-Saturday Storytime! Children's event,
the second Saturday each month, July 11th, 10-11am
Bring the little ones and enjoy a fun story!

-Pacifica Writers Forum, meets the 3rd Thursday of each month,
July 16th, 7:30 pm. Come and share the joy of writing, reading, and poetry!

-Pacifica Book Club
Get to know your neighbors, read and discuss the book of the month,
drinks + light bites. All are welcome to join!
Stay up to date here: https://sharppark.nextdoor.com/events/calendar/
Tuesday, July 28th 7:30-9pm

-Poetry at Florey's, the last Saturday of the month, the 25th, 7:30-9:30pm
Featured poets, followed by an open mic. Share your poems, or just listen. 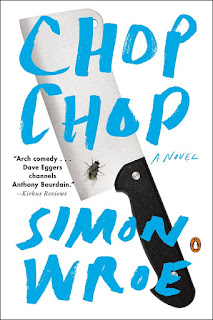 Join the Pacifica Book Club! A monthly social get together at our local independent bookstore, Floreys! Read some good books, chat with neighbors and enjoy wine and light bites. Anyone is welcome to join in at any time, newcomers at every meeting so don't be shy!

This month's book is a comedy, Chop Chop by Simon Wroe. A British university graduate sets out on a journey of self-discovery when he’s forced to break a sweat in an asylum-like kitchen in Camden Town.

Stay up to date with the group via the Nextdoor Sharp Park page:

Posted by FloreysBookCo at 11:05 AM 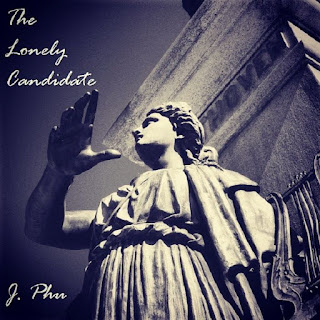 This album was inspired by my travels around the world as well as romance and heartbreak. I express these themes through music as an easier way to tell these stories and in hopes that the listener will not only enjoy the music, but understands the messages behind them.

I am a singer-songwriter and guitarist based in Pacifica. I'll be performing a few classic covers and original music, which are from my self-released second album, The Lonely Candidate, that came out this year.

Posted by FloreysBookCo at 5:40 PM

Florey's Books invites you to our ongoing poetry event.

The featured poets this month are: Jan Dederick and John Rowe. The featured poets will be followed by an open mic period. Open mic sign-up is first come, first served. This event is open to the public and free of charge. You are welcome to bring a snack or beverage to share.

Posted by FloreysBookCo at 4:51 PM 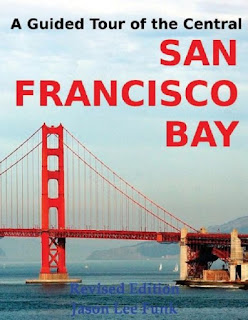 This book is written from the point of view of someone who is sailing on the Bay and
looking over the water at a landmark, but you don't have to be a sailor, or even on the
water, to enjoy this book. The stories are just as entertaining and interesting for a
"landlubber" as they are for a sailor. In fact, one of the things you can do if you are
traveling around the Bay is take this book with you. When you arrive at one of the
landmarks I have written about, open the book to that section and let me share with
you what I have learned about the landmark you are visiting. This book is especially
organized to be used that way. On the next page is a map with numbered markers for
various landmarks. These markers will take you to a chapter that talks about that place
on the map.

So, whether you are sailing or walking or just relaxing at home, enjoy this guided tour
of the central San Francisco Bay.

Like many boys and some men, I have always had a certain fascination with the sea
and sailing. Of course, most boys have daydreams about pirates and the old three
masted square-rigged sailing ships we see in the movies, but to me sailboats also had
an allure of fun and adventure. Several years ago I finally decided to pursue my dream
and, on the advice of one of my friends, visited a military yacht club that gave
inexpensive sailing lessons. I took the basic course. Then I returned for an
intermediate course. Then I took yet another course. Next thing I knew I was sailing
the club's boats as an able crew member. I had learned how to sail and was "living the
dream", as they say, sailing on the San Francisco Bay.

So began my amateur research into the history and facts of things around the central
Bay. This was sort of like falling down the rabbit hole, because as soon as I learned
one thing, it made me curious about another. And so I started collecting in my mind a
small file of facts and figures. One of the more interesting things about studying history
is not so much learning about what you did not know, but learning about what you
thought you knew but really didn't. As someone who has lived in the Bay area for
several years I, like many others that live here, had "learned" many stories about the
area by word of mouth. In my research I discovered some of those stories were either
not completely accurate or were just plain wrong. So, even if you have lived in the Bay
area all your life, you can still learn something new.

Posted by FloreysBookCo at 2:50 PM 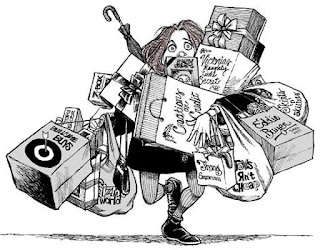 Florey's welcomes you to our culture discussion club!

From Amanda, the host:

Join Culture Club! A monthly social discussion of social issues at a local independent bookstore in Pacifica. Get to know neighbors, express your opinions and learn more about topics that matter. Every month I encourage those attending to do some self-guided "research" whether that be watching relevant movies, attending events, reading books, articles or watching informative videos. It's all fair game, whatever you see fit, and then bring what you found/learned to the group to discuss. Wine & light bites are always offered!

So without further ado I'm here to announce the June topic is An Addiction to Materialism, a discussion on how things have consumed our lives on Wednesday June 24th. Most are guilty of being materialistic, at least to some degree, I sure know I have been. Needing the newest gadgets, wanting the shiniest things in the store, hoarding and being unable to let go of mounds of unused things, shopping addiction & retail therapy.

Definition of materialism: a tendency to consider material possessions and physical comfort as more important than spiritual, intellectual or cultural values.

Non-Fiction Book: The High Price of Materialism by Tim Kasser (Available at Floreys)
Non-Fiction Book: Affluenza: How Overconsumption is Killing Us by John de Graaf (avail. at Florey's)
Fiction Book: The Great Gatsby by F. Scott Fitzgerald (available at Floreys)
Movie: 'The Bling Ring' a film based on true events involving a group of teenagers that were so obsessed with celebrities and their beautiful things they broke into and stole an amount worth $3million over the span of a year.
Article: Is the American Dream Becoming Too Materialistic? Huffpost
**Spoken Word**: Self Conscious by Kanye West https://www.youtube.com/watch?v=M17XewSVeUo

"Too many people spend money they haven't earned, to buy things they don't need to impress people they don't like."

Please as always, share any further things to throw into this mix! I starred the last one because it's short but particularly good and highly recommend every at least watch that video. It's of Kanye West before he became famous, so I find it very ironic. He used to be so talented before the life of celebrity got to him. Hope to see you then!! Florey's Books welcomes local artists and authors as they discuss their creations!

Anna Boothe, local author and poet has invited local authors and artists to gather at Florey's to discuss and display their varied creations.

For more information, please see this great article by Jean Bartlett in the Pacifica Tribune:

Posted by FloreysBookCo at 4:24 PM 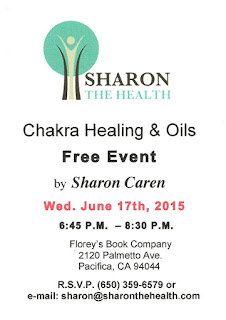 You will learn about the Chakra Centers in the body as well as what Young Living Essential Oils to use to enhance your energetic field. 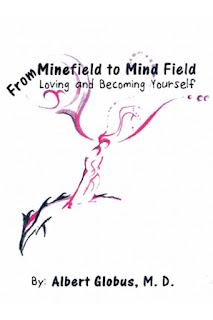 Florey's Books welcomes author Albert Globus, M.D. as he discusses his new book, "From Minefield to Mind Field: Loving and Becoming Yourself".

What an adventure: changing one’s life. My poems highlight the desire to be self-sufficient, autonomous, decisive, and creative. My essays enhance understanding. “This is what happened when I did it. You can too.” Often confusing, more often fun. Therapy is hope for the overwhelmed. We direct our lives by exercising the mind’s eye. Section I pits our experience against what confronts us. Section II focuses on spirit and determination. We decide who we are by self-knowledge. Section III outlines the impact of those who are closest to us on our well-being and future capacity to respond to our misfortunes and opportunities.

When Al Globus was six, his father succumbed to tuberculosis. To avoid contagion, Al was kept away from his father. His father’s religion and family were a secret. Living alone, his mother worked to exhaustion and irritability. Al entered college at fifteen. After medical school, he awoke to how painful his social, spiritual, and psychological life was. He escaped depression through psychotherapy and other efforts to fashion his own life. Al wrote this book of poems and essays to encourage the readers to use their power to change what seems an inevitable existence dictated by their own early circumstances.

Posted by FloreysBookCo at 1:55 PM 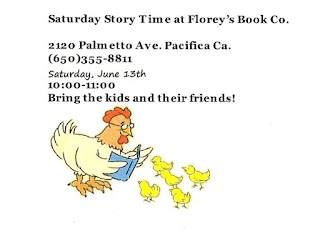 Bring the little ones to hear fun children's stories read by Nicole Sayres and friends.
The event is free of charge and open to the public.
Saturday Story Time occurs the second Saturday each month.