"I Should Have Given Them Water" book event, Sunday, July 18th! 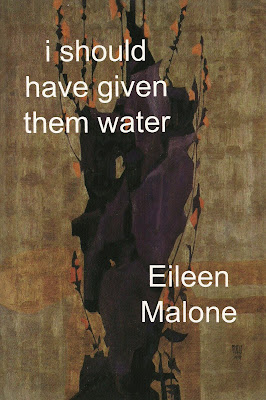 Florey's Books invites you to meet local poet Eileen Malone as she signs and reads from her new book "I Should Have Given Them Water".

About the book: 'I Should Have Given Them Water' is a challenging new collection of poetry by poet Eileen Malone. With an unflinching generosity of lush imagery, Malone turns nouns into verbs and verbs into nouns with carefully honed incongruity. She navigates the abstract, messy, expressionistic and humanistic, while maintaining tough, straight forward intensity. These poems are packed with powerful, penetrating struggles by a well-seasoned Feminist (mental health activist), feminine (wife, mother, daughter) poet with an amazing capability for risking, loving, and suspecting her world, all at the same time.

About the author: Eileen Malone lives in Broadmoor Village. Over five hundred of her poems have been published in literary journals and anthologies, many earning awards and citations and recently two nominated for Pushcart prizes. Her book on Writer’s Groups was published by Wiley and her award winning chapbook Letters with Taloned Claws was published by Poet’s Corner Press. She founded and directs the Soul-Making Literary Competition; is a voting member for the Northern California Book Reviewers Association; a branch officer for the National League of American Pen Women; an activist for the National Alliance on Mental Illness; and serves on the Advisory Committee for Caminar (support services for people with disabilities). She also hosts/produces a television interview show on creativity, now streaming on the internet.