Florey's Book Club: 'The Portrait of a Lady' June 21st! 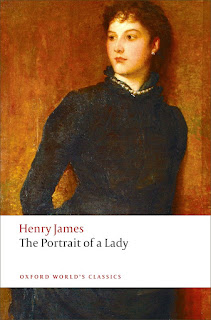 Come by for a chat about our June book, 'The Portrait of a Lady' by Henry James.

An undisputed masterpiece, The Portrait of a Lady is arguably James's most popular work, and certainly the finest of his early novels. It focuses on Isabel Archer, a young, intelligent, and spirited American girl, determined to relish her first experience of Europe. She rejects two eligible suitors in her fervent commitment to liberty and independence, declaring that she will never marry. Thanks to the generosity of her devoted cousin Ralph, she is free to make her own choice about her destiny. Yet in the intoxicating worlds of Paris, Florence, and Rome, her fond illusions of self-reliance are twisted by the machinations of her friends and apparent allies. What had seemed to be a vista of infinite promise steadily closes around her and becomes instead a "house of suffocation."
Portrait of a Lady is at once a dramatic Victorian tale of betrayal and a wholly modern psychological study of a woman caught in a web of relations she only comes to understand too late.

Henry James (1843-1916) spent his early life in America but often traveled with his celebrated family to Europe. After briefly attending Harvard, he began to contribute both criticism and tales to magazines. Later, he visited Europe and began Roderick Hudson. Late in 1875, he settled in Paris, where he met Turgenev, Flaubert, and Zola and wrote The American. In 1876, he moved to London, where two years later he achieved international fame with Daisy Miller. His other famous works include The Portrait of a Lady (1881), The Princess Casamassma (1886), The Wings of the Dove (1902), and The Golden Bowl (1904). In 1915, a few months before his death, he became a British subject.