Meet the author of "The Garden of the Poets" Thursday, August 13th 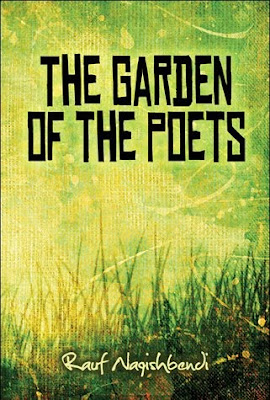 Florey's Books and the "Chit Chat Readers' Group" invite you to an evening with local author, Rauf Naquishbendi, for a discussion of his book, "The Garden of the Poets".

The first part of the book celebrates the Kurdish culture, as lived by Rauf and his extended family in his Iraqi hometown of Halabja, which was once called the garden of the poets. At an all-too-young age, Rauf witnesses horrors of man's inhumanity against man as Halabja is caught in the middle of this war-torn area near the Iranian border during the Kurdish Revolution (starting in 1961) and continuing through the Iran-Iraq War (1980-1988). The book culminates in gripping first-hand accounts of the bombing of his village by Saddam Hussein's regime in 1988 using chemical weapons and nerve gas which killed more than 5,000 civilians within minutes.

There is also Rauf's brave, and often humorous, adventure emigrating to New York City, and his heartbreak reading about the attack on Halabja after he had moved to the Bay Area. He did not know the fate of his parents and other family members until two years after the bombing.

This is an important work; a story that needed to be told. At the time of the bombing attacks, the American government looked the other way, and even misdirected blame to Iran.