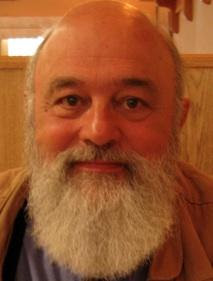 Florey's Books invites you to an astronomy talk with Jack Preston.

What Happened to Pluto and Why Isn’t it a Planet Anymore?

Most of us know that Pluto has been downgraded from its original classification as a normal planet. We will be talking about why this happened, does it make any sense and how Pluto is now classified. We will also look at the history of what the word planet has meant in the past and how it has changed.

Jack Preston, now retired, was a professor of Astronomy at Cañada College in Redwood City, California from 1984 until 2008. He received his Bachelor’s Degree from Clark University in Worcester, Massachusetts in 1966, and that year moved to California where he has lived ever since. He received his Master’s Degree from San Francisco State University in 1974. Jack grew up in New England which is where he learned to love the night sky. He joined his first group of amateur astronomers while in the fifth grade in 1955 and has never lost his love for the stars. He spent four years in the U.S. Air Force in the late 60’s and has taught Astronomy, Physics, and Math ever since. He is currently volunteering at the CuriOdyssey Museum at Coyote Point.


Posted by FloreysBookCo at 5:06 PM