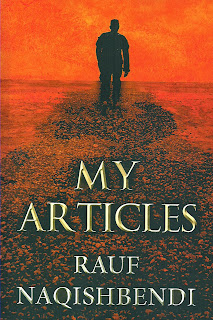 This is a collection of columns published from 2002-2013 through several web media sites. These articles encompass historical events from the Iraq War onset to American troop withdrawal. Commentaries include the process of framing the Iraqi constitution and democracy in Iraq and persistence on partitioning Iraq to more than one country.

These articles also deal with the Kurdish dream for an independent Kurdistan and, from the Kurdish perspective, defend the formation of a sovereign Kurdish state.

While considering the Iraq War, in which the Turks were proven perfidious toward America, the author calls for thwarting American political, military, and monetary aid to Turkey. The author also calls for the Turks to come to terms with past genocide against defenseless Armenians and their half-century genocide against their Kurdish population.

Mr. Naqishbendi is also the author "The Garden of the Poets", an autobiography.