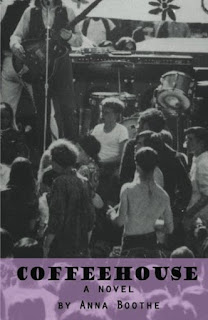 Have you ever wondered what it would be like to visit a coffeehouse in the San Francisco Haight/Ashbury during the Hippie Era? COFFEEHOUSE will take you there. Written by the manager of a coffeehouse on Haight Street during this golden era, COFFEEHOUSE is the "real dope" on the Hippies of Haight Street. The story features Susan, an artist who struggles to keep her marriage to Sam, a shoe salesman who beats her up in a fight she initiated, Ishmael and Sarah the black and white hippie couple who manage the coffeehouse and poetry readings; Bob their gentleman bouncer and James, their soul brother dealer and Buck the black cloud who makes his last stand on a drunken New Years' Eve. This is the "Gone With the Wind" of the Hippie Era, the last stand of grass and poetry before the inevitable rush of the rich to this famous street, gradually nudging the Coffeehouse, book store, bars and smoke shop off the street, making this the last testament of one of the most important eras in recent history, when during a few years we have the rebirth of poetry readings, grass but not acid or hard drugs, psychedelic art and a return of the mural, communal living shelters and soup kitchens. and the Peace Movement Anna Boothe, manager of the coffeehouse, won a PEN Working Writers Grant for this book and now it is ready for your vicarious visit to the Coffeehouse during its Holiday poetry reading, visits by the Park Police and the death of James, symbolic of the death of the Coffeehouse which follows.

Anna Boothe managed the "Coffeehouse" on San Francisco's Haight Street during the last days of the Hippie era and tells all in this novel. She has a bachelor's degree in Journalism from the University of Missouri (where we dreamed of visiting the "hippie Haight. She taught writing at the University of Missouri and the University of Colorado before coming to the "University of the Street" and taking notes for this novel. Most of the characters (besides Ishmael and Sarah who are fictional) and incidents in the novel are real and will bring back memories to those in the area during this period. For those not here, it will give them a chance to sit and have a cup at the COFFEEHOUSE.