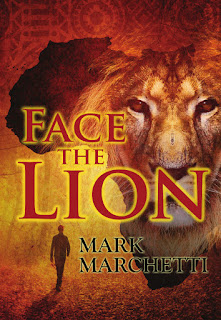 Coming of age as a young Maasai in Africa required a series of rituals, followed up by an act of extreme courage. If you were successful and didn't die in the process you became a Maasai warrior earning the respect of the tribe. This was the practice for centuries. It was not questioned as right or wrong but was the expected goal of every young boy. To our modern first world outlook many of these rites of passage seem like nothing more than barbaric practices of an unsophisticated third world. Yet these practices endured, suiting the needs of these cultures. In the modern world, with all its legal processes, coming of age is often determined by reaching a specific age. When you can drive, when you can smoke, when you can drink, when you can marry, when you can go to war... all determined by age. True, you might have to pass a written test or show a physical skill level, but in truth, it's never much of a test. We expect that by a certain age a person has reached a level of maturity to accept responsibility. We expect they will be able to face adversity, tragedy, fear, doubt, and all life will throw at them. In 1930, Marlin Colby is a young man from a wealthy family in Charleston, South Carolina. Circumstances will force him to leave his home, go to sea and finally end up in Africa... a far different world. He will learn about a father he barely knew, he will learn about himself... but most importantly, he will learn to face the lion.

Mark Marchetti was born and raised near San Jose, California. He graduated from Los Altos High School and went on to earn degrees from De Anza College and California State University San Jose. During his childhood years he was primarily involved in sports and music activities. He became a music instructor at the age of fifteen while still in high school and was a musician into his college years. At the age of seventeen his parents gave him perhaps the greatest, most long lasting gift of his life... SCUBA diving lessons. He has always been fascinated by the sea and spent a great deal of time at the beaches near Santa Cruz, hanging out with friends or surfing. Diving has taken him all over the world exposing him to many of the exotic people and places he writes about. He has been a diving instructor, search and rescue diver and has done commercial dive work. He continues to travel and dive on a regular basis. Mark has always loved history and his writing mixes fiction with historical facts and legends. After college he began a twenty eight year career in law enforcement. He still teaches firearms training at the Police Academy. During his earlier years he also became interested in auto and motorcycle racing, participating in races for a few years. He still enjoys a cruise down Highway 1 on his Harley Davidson enjoying some of the most dramatic scenery in the world. Hunting, fishing and golf are also priorities in his life. Mark has four adult children and lives with his wife , Pamela, dividing their time between homes in Montara, California and Catalina Island.

Posted by FloreysBookCo at 10:43 AM